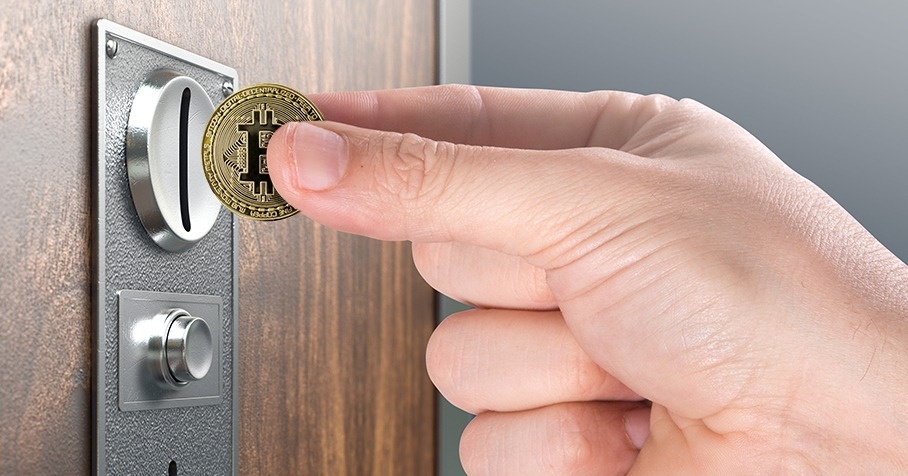 The terms “Bitcoin, Ethereum, XRP, NFTs, and Doge” are being used a lot lately. These are, of course, all examples of “cryptocurrency” (or “crypto” as it’s casually known). You’ve, no doubt, been asked by multiple clients what the heck “a crypto” is; some wondering if they should dip their toe and others wanting nothing to do with it. Either way, we believe it’s still important to have a basic understanding of what crypto is and why so many people are staking their claim. And if you happen to be in the camp of those who still don’t have a grasp on this concept, we’ve got an explainer that can help you help your clients understand what the deal is with this buzzworthy topic.

Cryptocurrency is, by the simplest definition, digital money. Crypto isn’t a physical coin or paper bill that you can hold in your hand. It’s not a chunk of gold you can dig up from the ground. It lives as ones and zeroes, entirely online, where it is recorded, stored, transferred and procured. Like money, it can be used to buy goods and services, be traded amongst people and even can be used for investing. Where cryptocurrency veers off the path of traditional money is in where it comes from, how to make it and, maybe most importantly, how it has no central authority regulating it.

For anyone who’s still confused about these terms, we don’t blame you. Trying to understand, in depth, the inner workings of cryptocurrency is a herculean task we wouldn’t wish upon our worst enemies. That’s why we’re going to try to break the idea of crypto down into a real-world example that can only be described as “child’s play.” Throughout this explanation, in case you want to know more, we’ve peppered in crypto terminology in parentheses, sometimes with links to articles that take deeper dives into those terms.

Caveat: This won’t be 100% exactly how cryptocurrency works. Also, the example given for illustrative purposes is only vaguely grounded in what one would call “reality.” But hopefully, it will be enough to make you feel a little more abreast on the subject.

So to put this all in perspective, let’s say there’s a video arcade called “Amusementopia” (society), and there’s a fellow there named “Satoshi Nakamoto” (the alias of the still-anonymous creator of Bitcoin).

Now, at Amusementopia, you can use quarters to play all of their many arcade machines (the economy), but Satoshi also created what he calls Satoshi’s Fun Bucks (Bitcoin), branded tokens (cryptocurrency) that work in the machines just like quarters do. When you walk in, you can get these Fun Bucks in exchange for money (...money). Why would you use Fun Bucks instead of quarters? Well, these are special tokens Satoshi devised that you not only can purchase with money, but when you’re done at the arcade, you can exchange them back for money. However, it’s not a one-to-one exchange. The value of the Fun Buck is based on how many Fun Bucks are being used/desired at any given time. It might have been one dollar for four tokens going in, but when you leave, those four tokens could be worth two, three, maybe even 100 dollars (depending on how early you showed up).

In order to track how many tokens the kids have, there needed to be some sort of record that tracked how many tokens were out there, being used and passed around. But to make extra super duper sure no fake tokens or false amounts were being written down, there has to be only one book…a big, BIG book (blockchain). Satoshi needed this book to have every little detail about any time a token was used, moved or exchanged. It also needed to be written in a special invisible ink (encryption) so bad kids (hackers) couldn’t sneak in and write in it themselves.

Why would Satoshi even go out of his way to make these tokens?! Aren’t quarters good enough? Well, this is because Satoshi thought the big kids (the banks) were being a little unfair to the little kids (everyone else). Satoshi saw the big kids hanging out at the arcade, bullying the little kids into giving them quarters for reasons like not having enough quarters, and offering their pockets to hold quarters, only to turn around and lend those quarters to different kids..

But the real straw that broke Satoshi’s back was a few years ago, when some particularly nasty big kids started lending little kids quarters to buy pizza (subprime mortgages), knowing full well that they’d have no way to pay it back. That’s when Satoshi decided to make the Fun Bucks, which the big kids had no control over. And while it still does cost a little extra to turn dollars into Fun Bucks, it’s simply because otherwise, the system wouldn’t work. Even then, it’s a significantly smaller amount than what the big kids are charging.

You’re probably thinking “Wow, this whole Fun Bucks thing seems to have a lot of moving parts. How would Satoshi even have enough time and energy to write everything down in the book?” Satoshi had already thought of this, which is why the entire Fun Bucks system depends on other kids (crypto miners) coming in with their own invisible ink pens (computing power) and doing the recording. As a reward, they get a small percentage of those Fun Buck transaction fees. The great thing about this is anyone can volunteer, and do!

So far, Satoshi’s Fun Bucks are a hit. While compared to quarters, the system’s all still very new, more and more kids are using them to play arcade games, while some just hang out at the arcade as it fills up, waiting for the tokens to be worth more. Not only are Satoshi’s Fun Bucks doing well, others have come into Amusementopia, offering their own tokens, each with their own big books, dollar values and fees. One time, someone made these dog-themed tokens (Dogecoin) as a joke, and even those go up in value whenever the guy who owns the biggest car dealership in town keeps telling everyone to buy them.

Some kids are even finding success buying and selling their one-of-a-kind baseball cards (NFT’s, but that’s a whole other story for another day).